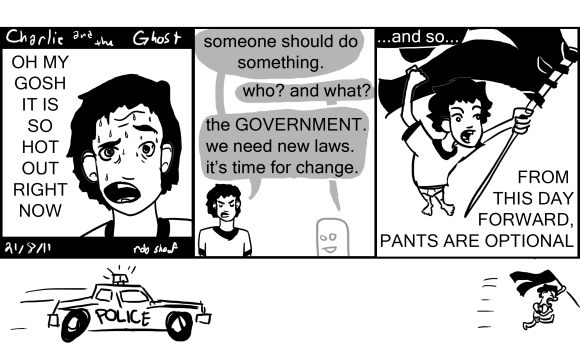 Switching over from tumblr.  Let’s give it a go!

I draw these comics using a tablet (not a tablet computer… though i do use my iPad sometimes), which is basically a glorified mouse pad you use with a pen, incase you didn’t know.  Let me tell you a story about these tablets!

The best part of my wedding was getting married! the worst part of my wedding was losing my stylus for my old tablet.  My old tablet was far superior to my new one… the new one has half the features, half the sensitivity, half the durability, and generally annoys the crap out of me.  It is also newer, with the new drivers that take over the old ones…  So going back to the old one would require a trip to some forum to learn the black magicks of uninstalling drivers on a mac.  So!  After the honeymoon, when I realized I was missing my stylus, I scoured ebay for used ones, even Waccom’s site, but the only ones I could find were for the newer model, which are not compatible at all.  So, out of options, and reluctantly, I bought the newer one.  Then, yesterday, sixish months later, Diana found my old stylus in her laptop case.  I REMEMBER putting it there, the night before the wedding as we were setting up, because I DIDN’T want to LOSE IT.

I do this ALL THE TIME.